A colleague of mine is taking German lessons and when the topic of poetry came up at lunch, he described Elftans, and their structure. It reminded me a little of Haiku so I said ¨Sounds like the European version of Haiku¨. His reply was ¨Or they are Indian version of Elftans¨.

I was taken aback for two reasons;

(1) Haikus are Japanese, not Indian 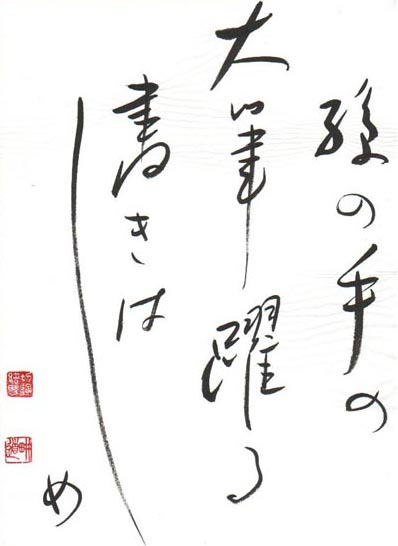 As far as I know, a lot more people know about Haikus than Elftans. That was the first and only time I had ever heard of Elftans, whereas we had learnt the Haiku form in school while studying the various types of poetry (Limerick, Pentameter, Free verse etc.).

Haikus have a very strict structure. The first line has 5 words, second 7 and third 5 again. There are also a limit of 17 syllables in all. I think the English version is modified a little from the original Japanese vertical form. I asked Google about Elftans, respelt it in as many ways as I could and added ´form of German poetry´ in the search term but I was unable to get a proper reference to them, leave alone a detailed description. (Anyone familiar with this form, please send me a link or correct my spelling, I would like to know more about this form.)

When one is being introduced to something new, it makes sense to refer to a familiar phenomenon so one can identify with the new concept. This is part of how we learn. I suppose his frame of reference is the form he just learnt about.

Apart from this function, which is, no doubt, why he used it, frames of reference also reflect a certain power play. It irked several Indians, including me, when A.R. Rahman, instead of being appreciated for his own genius in the Western world, was referred to as the Mozart of Indian music. Why Mozart? Why must there even be such a comparison between composers of genres so far apart? And unfortunately, most of them only know Jai Ho. Most Indians will agree, if Jai Ho was worthy of an Oscar, a whole new kind of award would need to be invented to appreciate some of his previous Indian work which was far more popular, catchy, and unforgettable!

I also find the names Bollywood and Kollywood a belittlement of two important movie industries in India. Of course, in this case they did it to themselves because Hollywood is, in their minds, the most important movie industry. India makes the most number of films every year, far surpassing every other country in the world. (Japan, France, Italy, Philippines, the former Soviet Union, and Mexico make more movies than Hollywood anyway.) So Indian movies may also look for appreciation at the Oscars although it is just an American awards ceremony. And the Americans are happy to make it look like the Oscars are a judgement of the whole world´s films.

This is one of the problems of Globalisation, or should I say, Westernisation, and the prevalent Euro/Americo-centric worldview. We ought to be able, in 2012(!) to relate to more than this worldview. Globalisation should result in a  sharing and celebration of knowledge, diversity of culture and all possible frames of references and defies the current linearity of influence.